Why Join Team Ponte? – A Personal Story by Ragan

As the organizer for Team Ponte, I had to run the 13.1-mile half marathon last August. Choosing not to run would have been like hosting a party and then not showing up for the festivities. I was glad I decided to sign up and race. In fact, it turned out to be one of the top five greatest experiences in my entire life. 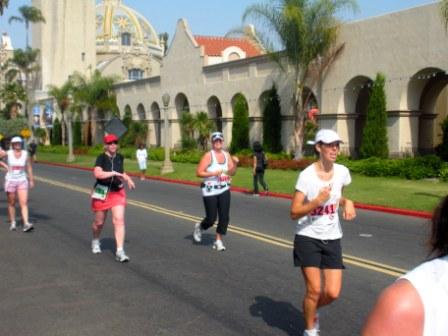 One year prior to signing up for the AFC Half Marathon, I was hospitalized for having an eight-inch dissection of my carotid artery. I laid in the hospital bed in the intensive care unit at twenty-six years old not able to remember my birth date, my last name, or the name of our current president. Who knew that only one year later I would be a stroke survivor running 13.1 miles for abused and neglected children in Temecula. After six months of recovery, I returned to work with an occasional headache and some residual delay on my right side. It was then that we began to train for the race.

In the beginning, I was only able to run for five-minute stretches, having to take long winded breaks and enjoy the view for a few minutes. But soon I was able to increase my time and before I knew it I was running five and six mile runs three times a week. Every Wednesday, a group of eight to ten Wine Club Members and Ponte Winery associates met to run; and this group of men and women pushed me both physically and mentally. I learned that if you put your mind to it, anything is possible. 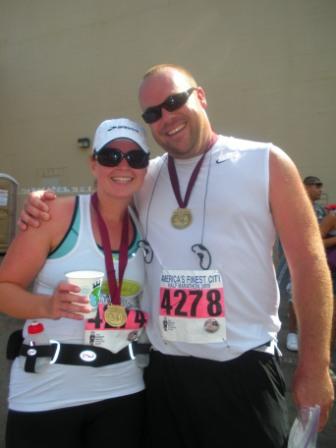 Race day quickly approached and the furthest I had run was nine miles. My heart was about to beat out of my chest as I heard the gun shot signaling the start of the race. With my iPod, a pocket full of energy gummies and a team of forty teammates running by my side, I began the half marathon. To my surprise, I didn’t even stop until mile eleven; the excitement of the day and the energy of the crowd pushed me through. At about mile twelve, I asked God for strength to sustain me. He had healed me from my stroke, now if He could just pull my hand as I climbed the last hill. Within minutes of my exhausted prayer, a young girl, close to my age, was standing on the sidelines and asked if I wanted someone to run with me the last mile. I was able to utter out a “yes” and she ran by my side. She had asked my name and ended up being my personal cheerleader the entire last mile of the race. After 2 hours and forty-six minutes I crossed the finish line. I looked up to thank my number one fan, but she was gone. God had sent me an angel. There was no question in my mind. 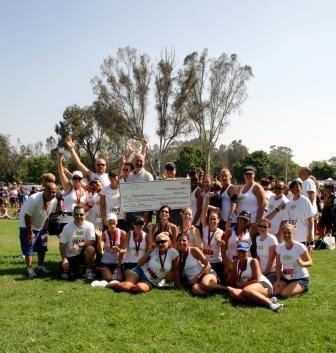 I encourage you to join Team Ponte as we participate again in the America’s Finest City 5K and Half Marathon. The race takes place Sunday, August 15th at 7am. To learn more, I invite you to attend Ponte Winery’s Kick Off Meeting on Thursday, April 15th at 6pm. You can sign up for the meeting here.