What to Drink? Go Ask Hollywood 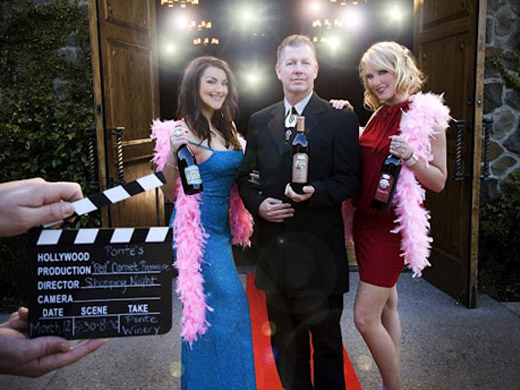 Two episodes.  It took two episodes of Scandal on Netflix to get me absolutely, positively hooked on the show.  It’s quite embarrassing, actually, how I spent the last month or so binge-watching three seasons of this TV drama every chance I got.  Once my son was in bed for the night I’d pour myself a glass of red wine and tune in for two, three…one time four!…episodes.  And I’ll tell you something else, I’ve never drank so much red wine over a four week period in my life.  The thing is, the show’s main character drinks red wine for dinner.  I’m serious.  Popcorn and red wine.  Well, just try watching someone guzzle a glass of Bordeaux episode after episode and not want a glass yourself.   I was partial to Nebbiolo and Sangiovese.  I think a Malbec snuck in there one week, too. 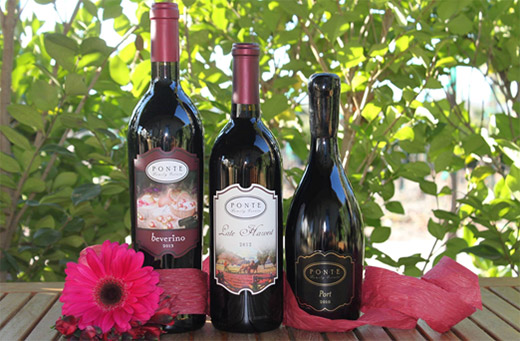 Recently, I was sent an article on this very concept – on TV and movies and how they “tell” us what to eat and drink.  Take the movie, Sideways, for example.  According to the California Wine Institute, sales of Pinot Noir, the star wine of the film, jumped nearly 20 percent in the eight months following the film’s release in 2004.  There is no concrete evidence that says the film had any negative effect on sales of Merlot (Sideways’ antihero), at least not long-term evidence. 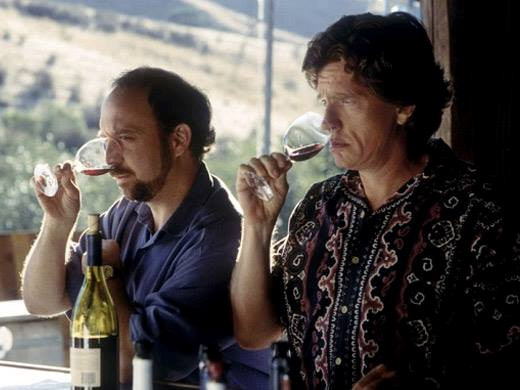 All in all, this really isn’t an original concept.  Product placement has been around since the nineteenth century when Jules Verne mentioned specific transport and shipping companies in his novel, Around the World in Eighty Days – these companies actually lobbied to be named in the book.  Perhaps the most blatant display of product placement I can think of is Spielberg’s E.T.   Reese’s Pieces was on the brink of extinction when it was literally saved by Elliot’s and E.T.’s love for the candy, seen by billions of people around the world who suddenly developed a hankering of their own for the candy-coated peanut butter morsels.

I certainly feel I’ve been a victim of product placement with the aforementioned Scandal, but I suppose there are worse things than red wine to be duped by.  Is it really being duped, anyway, if you enjoy it so much?  Cheers!