We Present: The Angry Wives 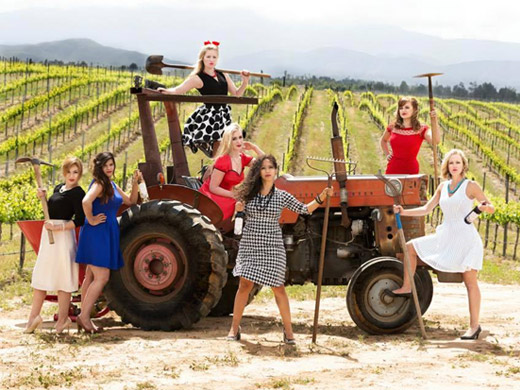 The Angry Wives are back!

Generally, an angry wife is something tread lightly around unless, of course, we’re talking about wine. Yes, our lively, lovely Angry Wives are back and, trust us, they are not to be avoided. First, the fun story behind the name of these wines:

Before opening the winery, the Ponte’s and their friends got together every year to make homemade wine. At its height, the crew produced around 50 cases of wine, with each helper being paid in bottles of wine.

Over the next several seasons, the friends established a tradition of labeling the wine after something noteworthy that happened during the winemaking. For example, one year the wine was called Yellow Jacket, since the pesky insects were all over.

On the year of the very first Angry Wife, the friends got a call that grapes were ripe and the crush would happen on the upcoming Saturday. One of them (who will remain unnamed) announced this to his wife, who informed him he could not go because her mother needed to be picked up at LAX. He responded “I’m not about to lose a bunch of wine over your mother. Send a car.” And that’s how the fight got started. She threatened him not to come back if he went to Temecula. Of course he came anyway, and they made wine, ate a great barbeque, drank some of the prior vintages and, after a long nap, disbanded until two weeks later to press the wine.

Later, they heard that when the aforementioned friend returned home his key did not work. When he rang the doorbell, he heard a noise overhead, and had to duck to avoid his golf clubs as they crashed next to him, followed by suits, shoes and the rest of his belongings. He never returned to that house and a few months later they were divorced.

It should come as no surprise that when the time came to name the wine they named if after her: The Angry Wife.

And the rest – as they say – is history. The original Angry Wife was a red blend and our Angry Wife Red is still just that. Angry Wife White came a little later and is also a blend. It has become somewhat of a tradition in releasing the latest vintages of the Angry Wives in May. We celebrated recently with our Angry Wife Debut Day which brought many joyful Members to the Reserve Room! If you missed it, you can still enjoy these wines in the Members-only Reserve Room every weekend. Throughout May, bottles will be 30% off in our Tasting Room and Online Store for Wine Club Members, so now is the time to stock up. 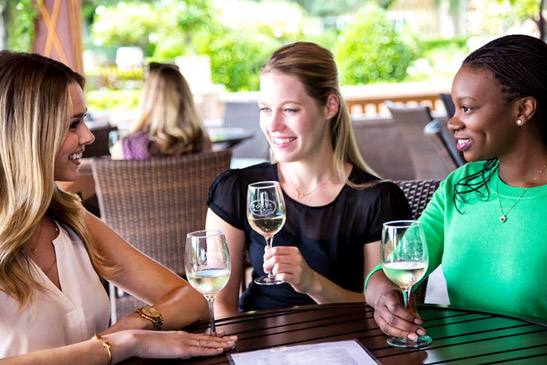 No, you won’t walk away angry. 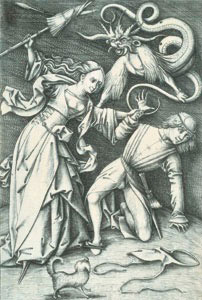 The label on our Angry Wife wines is from a series of engravings called “Scenes of Daily Life” which was produced about 1495 by Dutch artist Israhel van Meckenem.