I recently had the privilege to work on one of the most colorful Temecula winery weddings Ponte has ever seen. We had a traditional Sikh wedding performed in April and it brought in elements that we’ll never forget. Not only was the green on our property dolled up a bit, it was dressed in oranges and purples! Our Vineyard Garden was transformed into a world of color as we all just stood back in awe of its beauty. The arbor was adorned with hanging crystals attracting the glimmer of sunlight coming in. There was a stage set up under the arbor, fully clothed in orange draping with pillows. 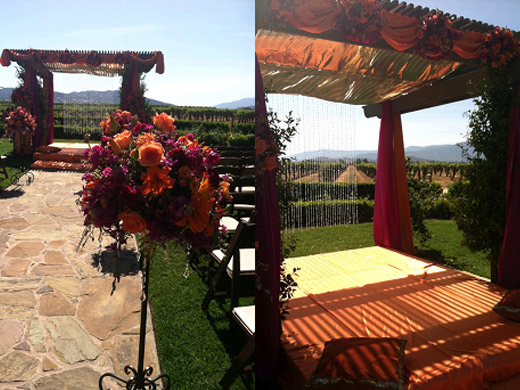 The arbor adorned in crystals and color

Our bride was dressed in a traditional Lehenga gown, and was displaying a gorgeous henna design on her hand. 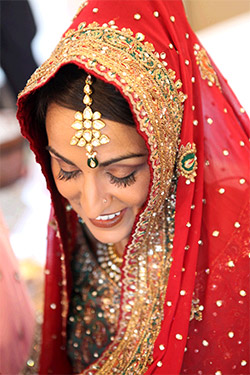 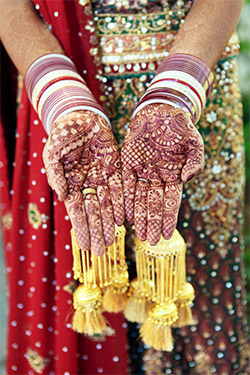 The groom’s name was somewhere hidden in the henna and it was his job to try to find where it was!

Each of the bridesmaids had a different color dress on, adding to the ambiance of the scene. 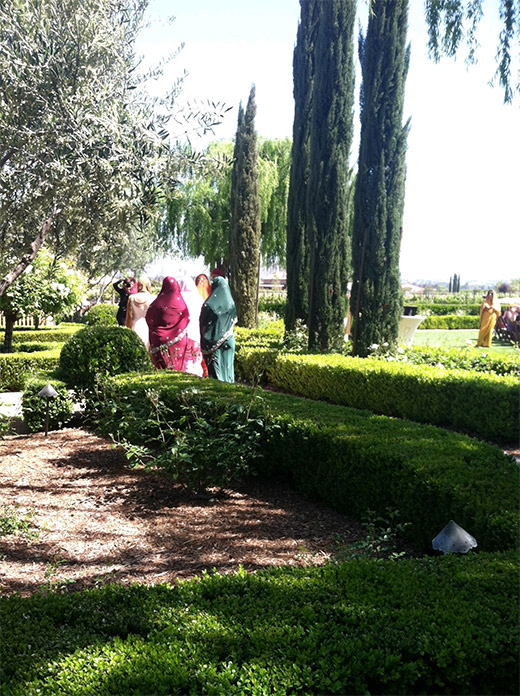 All of the guests were asked to remove their shoes and put on a headdress because it showed loyalty and respect to the guru’s who were there performing the ceremony. The gurus also incorporated some traditional songs that kept everyone engaged. 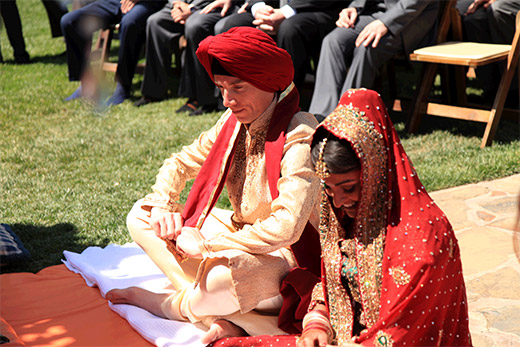 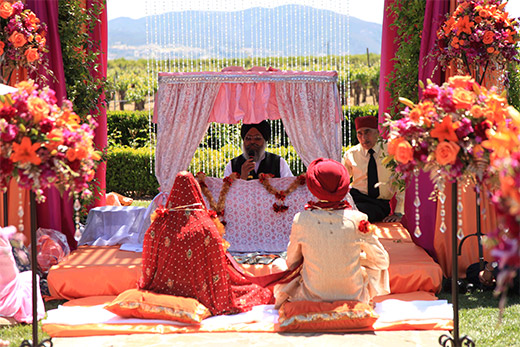 This is definitely a vineyard wedding I will never forget! The colors and uniqueness are imprinted on Ponte for years to come!

–What were/are your wedding colors?