The Story of the Angry Wife 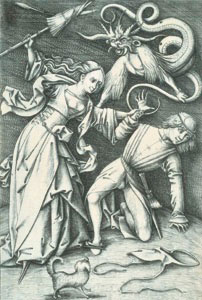 The label on our Angry Wife wines is from a series of engravings called “Scenes of Daily Life” which was produced about 1495 by Dutch artist Israhel van Meckenem.

In the 90’s, before opening the winery, my brother and I decided to have some fun by making some “garage” wine. We started with 30 cases and were happy with the results. The work, however, was back breaking, so we decided to enlist some “friendly helpers”. This caused us to increase production to 50 cases so the helpers could all be paid with wine. This went on for several seasons, and much fun was had by all.

I should tell you that these “helpers” are executives, businessmen and professionals, and not exactly used to manual labor. After the second year we started to notice some of them would fail to show up for one of the two days needed, so it was decided that the wine allotment would be reduced by two thirds if a helper missed a day, or only showed up for the lunch and tasting of the prior year’s wine. Over the next several seasons, we established a tradition of naming and labeling our wine after something noteworthy that happened during our winemaking. For example, one year the wine was called Yellow Jacket, since the pesky insects were all over and some of us got stung.

On the year in question, our helpers got the call that the grapes were ripe and that we would crush the upcoming Saturday. One of them (who will remain unnamed) announced this to his wife, who informed him he could not go because her mother needed to be picked up at LAX. He responded “I’m not about to lose a bunch of wine over your mother. Send a car.” And that’s how the fight got started. She threatened him not to come back if he went to Temecula. Of course he came anyway, and we made wine, ate a great barbeque, drank some of the prior vintages and, after a long nap, disbanded until two weeks later to press the wine.

Later, we heard that when he returned home his key did not work. When he rang the doorbell, he heard a noise overhead, and had to duck to avoid his golf clubs as they crashed next to him, followed by suits, shoes and the rest of his belongings. He never returned to that house and a few months later they were divorced.

It should come as no surprise that when the time came to name the wine we named if after her: The Angry Wife. I’m happy to say our friend has since married a much more understanding and friendly woman, who appreciates good wine. 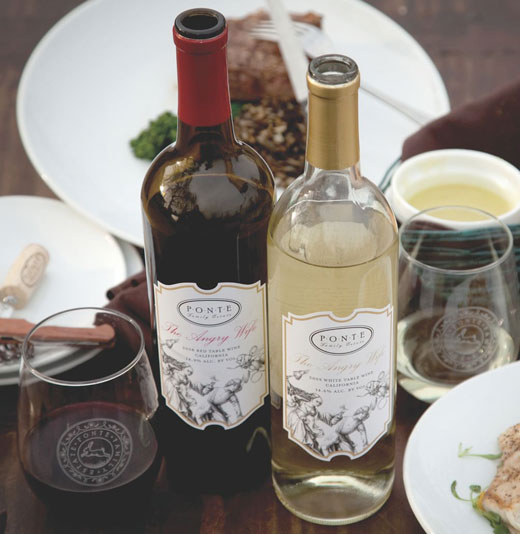