Valentine’s Day is actually a tradition that started in the fourth century B.C. with the ancient Romans. Every year, the names of the local teenage girls were placed into a box and drawn at random by the adolescent boys, as a male rite of passage. Each young boy was assigned a female companion for the duration of the year, until the lottery the next year. After eight hundred years, the early church fathers sought to put an end to their practice. They found their answer in a Roman bishop named Valentine. 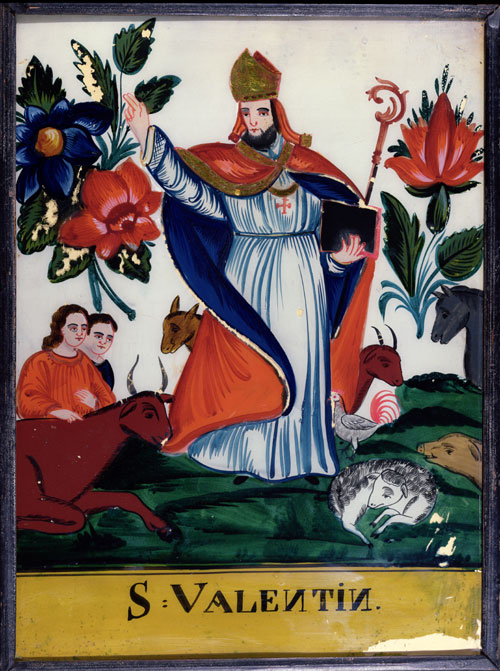 At the time, the Roman Emperor Claudius II had issued a cruel law forbidding marriage because he believed a married soldier would not leave his family to fight in battle. But Valentine, seeing the sorrow of young lovers, secretly performed marriage ceremonies for them. Once Emperor Claudius II learned of this “friend of lovers” he had Valentine arrested and jailed. While awaiting his fate in prison, Valentine befriended his jailer, Asterius, who begged Valentine to heal his blind daughter. Through his faith, Valentine restored her sight. But this didn’t help his case. Just before his execution on February 14th, he signed a farewell note to the daughter, From Your Valentine. Valentine thereafter became the Patron Saint of an annual festival held every February 14th in which young Roman men would offer notes of affection to women they admired. Hence, the Valentine’s Day card was born.

Saint Valentine’s reputation for being both a heroic martyr and a romantic made him very popular throughout the Middle Ages in England and France. The annual tradition in his honor spread with Christianity and is now celebrated worldwide.