Simple Food at its Finest

Sometimes the simplest meals are the most extraordinary. I discovered this when dinner involved exactly 7 ingredients. And that’s counting salt and pepper.

The inspiration came from a dish I had seen while studying abroad in Italy when I was in college. In a small village, on a restaurant’s chalkboard menu was asparagus with egg and parmesan. Young and not yet appreciative of foods that were unfamiliar to me, I ordered pasta instead. The funny thing is, I don’t remember the pasta, but I remember that chalkboard.

Years later, as I wrote up my weekly dinner menu, I remembered that dish. It was spring and COB (cousin of blogger) had just given me a bag of freshly grown asparagus. It was the perfect opportunity to allow this garden-grown vegetable to shine. Since there are only a handful of ingredients to work with, I wanted the best, so I bought some organic, free-range eggs from the farmers market along with a fresh wedge of Parmigiano Reggiano cheese. After I washed and cut the tough ends off of the asparagus, I tossed them with a little extra virgin olive oil, salt and pepper and put them in the oven to roast for about 15 minutes. In the meantime, I fried up a couple eggs in butter and sprinkled them with salt and pepper. I cooked them until the whites were done, but the yolk was still runny. On plates, I laid down about 7 asparagus spears and topped with one egg and a generous shower of grated cheese. The ingenious thing about this dish is that once you cut open the yolk, it runs all over the asparagus and cheese, in a sense creating its own sauce. In a word, this meal is savory, savory, savory! The asparagus was nutty from the roasting and the egg yolk was thick and delicious. The words are difficult to find to describe, but each bite had earthy, salty, and just pain yummy qualities.

The wine I drank was a chilled Pinot Grigio and was excellent. It was just dry enough to cut the thickness of the egg yolk, and the citrus flavors were a great pairing with the green notes of the asparagus. 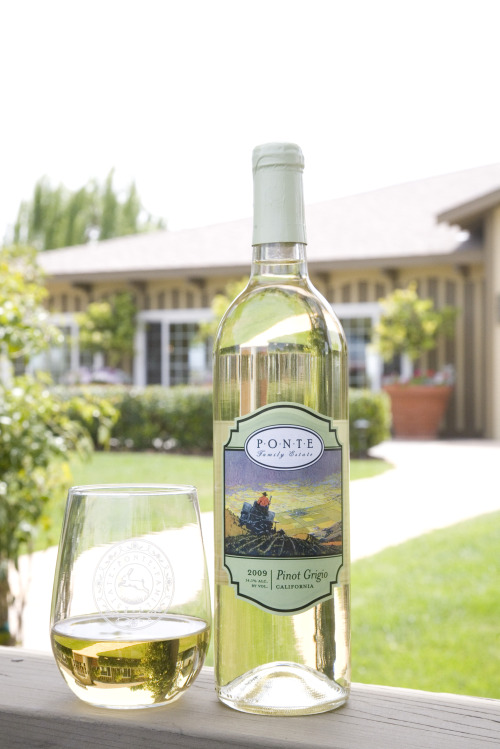 I love that my meal consisted of nothing else except what I’ve described. No bread, no side dishes, nothing. Just plain, simple and satisfying goodness on a plate.