Popping the Question at Ponte 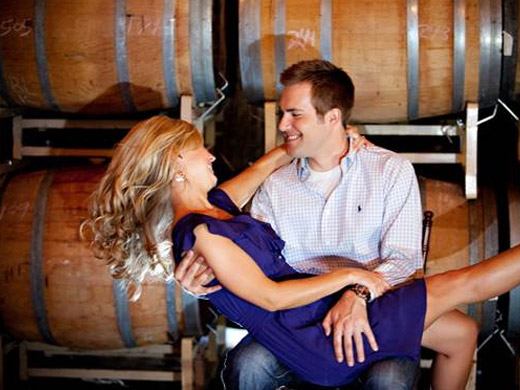 Helping guys with their perfect marriage proposal is one of my favorite things to do here at the winery, and I have done many of them.  When they arrive, some guys have it all planned out in their head and others need help from beginning to end.  But there is one thing they all seem to have in common: they are nervous, excited, a bundle of pre-engagement energy.  I have a couple of suggested proposal plans, but I always tailor the proposal to the future husband’s specific needs and wants. 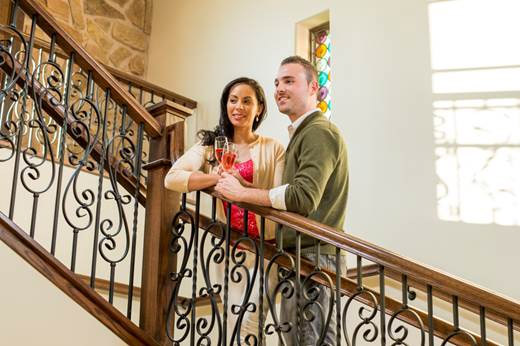 Here are two of my favorite Ponte proposal stories…

One guy, Peter, wanted to propose to his girlfriend, Hanna.  The plan was that they were going to come to the winery for a day of wine tasting and lunch in the restaurant.  When they came in to taste, I made sure that I was on the counter where they were standing.  As planned, I poured them a taste or two and then struck up a conversation about our Zinfandel Port.  I asked them if they liked Port.  On cue, Peter replied, “I love Port!”  Then I told them about this amazing Port that we had aging in our beautiful barrel room after which I invited them to come at taste it with me.  Of course they accepted, right on schedule.

So the three of us went into the barrel room and took a quick sip of the Port and they loved it.  After that, I asked them, “Hey, would you like to see our old Zinfandel vines that produce the grapes for this Port?”  Again, they accepted.  So we walked out to the wedding site that is surrounded by the vines.  Once we got to the arbor, I faked a phone call.  Rude, I know.  I would never do that normally. I pretended that I was needed immediately back in the tasting room.  That is when I left Peter to “pop the question.”

A few minutes later, I am back on the second floor of the tasting room (where some of our offices are) to join the ladies in the Wine Club so we peer out of the window and watch the blessed event occur.  We could see his actions but we, of course, couldn’t hear his words.  Eventually, Peter dropped to one knee and held out the ring.  The proof that she said yes came from watching him put the ring on her finger followed lots of hugs and kisses.  Every time we saw Hannah wiping tears of joy away, it is followed by a chorus of “awwws” from us onlookers upstairs.  Finally, the group of us headed downstairs to the tasting room to greet and congratulate the fiancés when they returned. 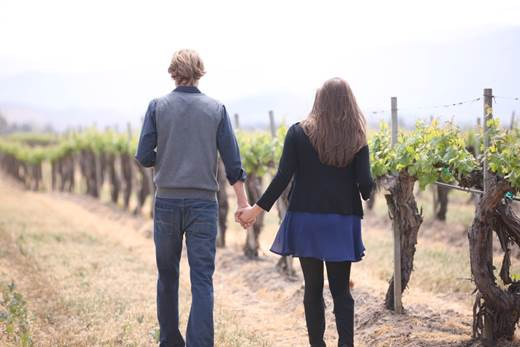 Another great proposal happened with a couple named Greg and Monica.  Greg had a completely different scenario in mind.  We did a similar set up where I took them to the barrel room.  However, this time, I did not go in with them.  Once they entered, I closed the door behind them.  The barrel room was simply yet elegantly decorated with rose petals on the floor in the shape of a heart surrounded by tea light candles, and of course the lighting was dim with some appropriate mood music playing lightly in the background.

What Monica didn’t know was that waiting outside of the barrel room for her were 25 of her closest friends and family members, many from out of state, who came to be a part of the engagement.  After about 5 minutes in the barrel room, the newly engaged couple emerged where Monica walked into surprise number two. That was a really cool moment for me to witness and be a part of.  Tears and laughter were flowing.

In both cases, the couples were overwhelmed with gratitude, but I consider it part of the job.  We’re here to exceed expectations, whether that’s in the restaurants, at the hotel, serving guests wine or making the perfect proposal happen.  To be a part of a memory that a couple will never forget is super cool.

Let us know if you want to create an unforgettable moment at Ponte…  we have lots of ideas for you. 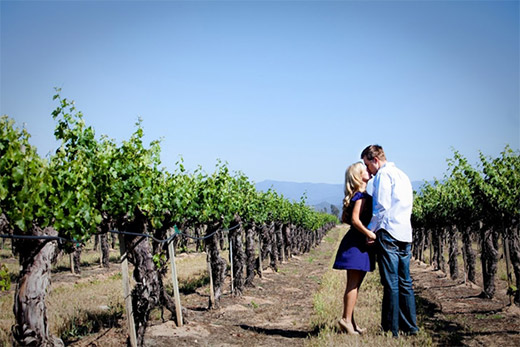 To learn about having your wedding at Ponte Winery, click here.