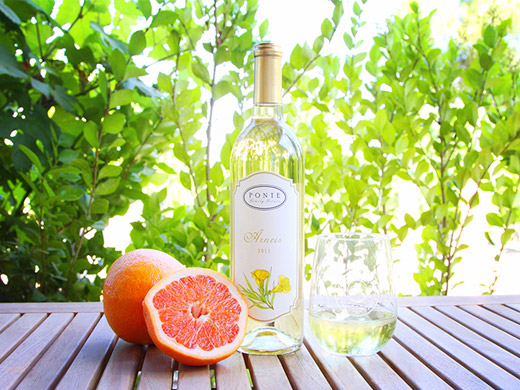 2011 Arneis was just released this month, but many of you probably weren’t aware.  If you are a member of our “White Wines Only” club, you received two bottles while all other members may have read about it in the newsletter.  Now is the chance for everyone to try this crisp, medium-bodied and delightfully fruity wine.  A warning, though: our stubborn little Arneis grapes only yielded enough fruit for about 125 cases of wine.  Translation – it won’t be around forever.

Arneis originated in the Piedmont region of Italy and was solely used as a blending grape for centuries, specifically for softening the tannins and harshness of wines made from Nebbiolo.   The name “Arneis” translates as “little rascal;” fitting since it is difficult to cultivate, has a low acidity and tends to get overripe very quickly.  Our wine maker reeled in the reins, though, and what he and his team did produce is a wonderful example of a fruit-forward white wine.  Our 2011 Arneis has notes of peaches, pears and grapefruit.  It pairs deliciously with Halibut and many other types of seafood.  Below are some links to past Halibut recipes, or try Arneis with the recipe found in your December newsletter.

Wine Club Members get an extra special discount on Arneis this month: 30% off online and in store!  This is valid through December 31st or until the wine sells out…whichever comes first.

–Tell us what you think of Arneis