Opening Another Bottle of Ponte Medicine, by Claudio Ponte

I was about done with my annual Halloween article, when I got my hands on a very interesting article I want to share with you. It’s not scary, but it will be gross, I promise. 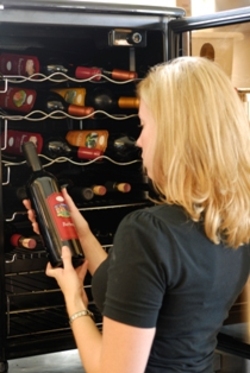 It has been almost twenty years since CBS’ 60 minutes aired “The French Paradox” where it was reported that there was a correlation between drinking red wine and a lowering of heart disease. Subsequent research confirmed that drinking moderate amounts of wine is good for your health and prolongs life. Since then, many scientists have tried to figure out why. I suppose they are trying to figure out which ingredient they can extract from the wine so they can sell you a pill. I say, just drink the wine. But I digress.

Dr. Josef Kanner of the University of Jerusalem has now discovered that the beneficial effects of wine apparently take place in the stomach. It has been known that red wine is rich in polyphenols, a group of powerful antioxidants that protect against cancer and heart disease by destroying molecules that damage cells. Just how this works was a mystery because the polyphenols do not travel from the stomach into the bloodstream. Logically, the answer might lie in the stomach itself. The digestion of high fat foods like red meat releases a nasty toxin called malondialdehide which is implicated in arteriosclerosis, cancer, diabetes and other serious diseases. Dr. Kanner suspected that red wine’s protective effect occurs when its polyphenols arrive in your tummy at the moment when the malondialdehide is being released by the digested fats thus preventing it from entering your bloodstream. Did I warn you it was going to get gross?

Here’s more: To prove the theory, Dr. Kanner fed a group of rats turkey meat and another group turkey meat mixed with red wine concentrate. (Yes, turkey meat releases plenty of malondialdehide in humans too). Two hours later he killed the rats, removed the stomachs and analyzed the contents. Ta da! The wine concentrate had reduced the malondialdehide. It also cut hydroperoxides, another oxidizing agent known to cause cell damage. His research also suggests the habit of eating fruit at the end of the meal is a healthy one. That being said, here is our prescription for a healthy meal: start with a glass of white wine for relaxation, followed by a light appetizer of nuts and cheeses. Enjoy the meat of your choice and vegetables washed down with plenty of red wine and end the meal with lots of ripe fruit. We hope to see you at the Smokehouse Restaurant where we will be happy to serve you a delicious and healthy meal with a bottle of your favorite Ponte medicine.