Open and Ready to Celebrate! 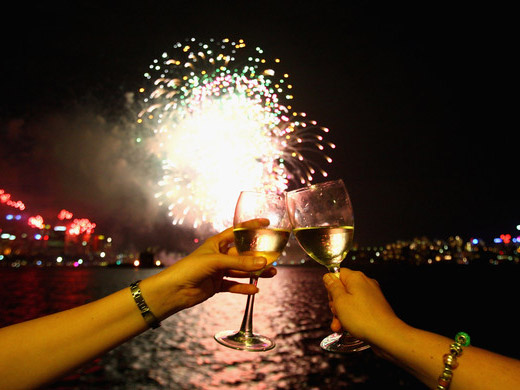 “The second day of July, 1776, will be the most memorable epoch in the history of America.   I am apt to believe that it will be celebrated by succeeding generations as the great anniversary festival.  It ought to be commemorated as the day of deliverance, by solemn acts of devotion to God Almighty.  It ought to be solemnized with pomp and parade, with shows, games, sports, guns, bells, bonfires, and illuminations, from one end of this continent to the other, from this time forward forever more.”

–John Adams, in a letter written to his wife, Abigail

Mr. Adams was off by two days, but what he predicted and thought ought to be, happened on this day, 238 years ago.  In a remarkable coincidence, John Adams and Thomas Jefferson, the only two signers of the Declaration of Independence who went on to become President of the United States, died on July 4, 1826 – the 50th anniversary of the Declaration.  What a way to go, though; fireworks, celebration and the entire country celebrating freedom.

Independence Day is a holiday I hold near and dear to my heart.  I think it stems from childhood; it was the first holiday in which school was out for the summer, the sun was always shining, and the day promised family, friends, great food and fireworks.  It was a carefree, completely celebratory day.  My first memories are of the Oceanside beach and pier.  We’d arrive early in the morning and stay all day long, waiting for the fireworks to light up the night sky.  Later in life, my parents hosted the holiday at our home and mom would create a huge crab boil, which we’d eat the traditional way – with our hands, standing up, on sheets of newspaper.  More recently, I’ve spent my Independence Days at home with my husband in Pennsylvania.  The fireworks show that the city of Pittsburgh puts on is the most unbelievable show of firepower I’ve ever seen.  It’s seriously worth a trip here just to see that spectacle.  We always grill, there is always lots of beer and wine but there is often rain.  This year, I’m so happy to home in southern California for the 4th of July, for the first time in years.  I’ll be outdoors with family, eating, laughing and soaking up as much spirit as I can, and I truly hope you’ll do the same! 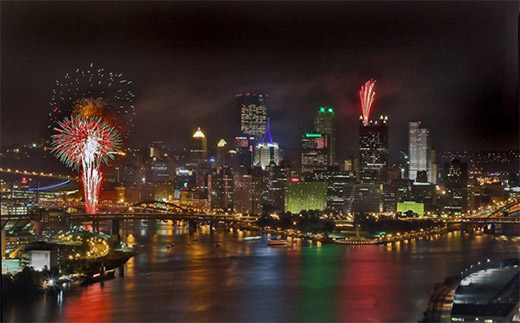 Fireworks over the city of Pittsburgh

For those who don’t have solid plans yet for the 4th of July, Ponte is open for regular hours.  Why not spend a day in the country, tasting wine, having a fabulous lunch and strolling around the vineyards?  Our grapes are ripening quickly and look spectacular right now.  And don’t forget to pick up a bottle of bubbly…we are celebrating our freedom after all.

Happy 4th of July everyone!  We hope to see you here today, and we certainly wish you a safe, magnificent holiday.