Not Just Another Tuesday

Everyone has a least favorite day. Mine is Tuesday. Since I can remember, Tuesdays have always been a little “blah.” Except for one Tuesday a year: Mardi Gras, a.k.a Fat Tuesday, which happens to be tomorrow.

What exactly is Mardi Gras? It is the day before the first day of Lent, a 46-day period in which many Catholics give up a favored food, drink or habit. In a nutshell, it is an excuse to go a little crazy and indulge in your vice before the long period of denial. 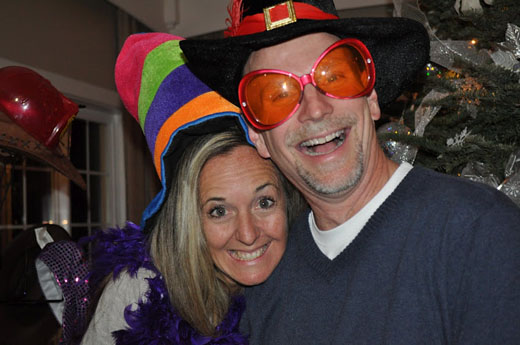 In case you didn’t know, we at Ponte are always looking for an excuse to eat good food and drink great wine and we can’t think of a better time than a day called Fat Tuesday. Today we honor a city notorious for its Mardi Gras celebrations: New Orleans. With its Cajun, Creole and French influences, New Orleans is one of the most exciting cities in the world when it comes to food. You might be thinking, “Where does wine fit in to a city laden with Absinthe houses, Hurricane cocktails and Sazeracs?” We admit, it was a bit of a challenge finding wine pairings for the dishes we’re featuring. Take Gumbo, for example. It’s complex with a lot of ingredients and flavors, but our winemaker Mark Schabel didn’t disappoint. So, Catholic or not, why not brighten up your Tuesday with something festive? Go pour yourself some chicory coffee and whip up a batch of beignets as you decide on your own Mardi Gras menu. Here are our recommendations:

Dish: Creole Gumbo – This Louisiana stew can include poultry or seafood and is flavored with tomatoes, filé powder, okra and plenty of richly-flavored stock. It is typically served over rice.

Dish: Creole Jambalaya– A cousin to Spanish Paella, Creole Jambalaya is a rice dish filled to the brim with chicken, Andouille sausage, shrimp, tomatoes, vegetables and a whole ‘lotta spices! Definitely a “party on a plate.”

Dish: King Cake – No Mardi Gras celebration would be complete without a King Cake. This sweet yeast bread is shaped into a ring and frosted with gold, green and purple icing or sugars. A dried red bean or a figurine of a baby representing the Christ child is baked inside. Tradition says that whoever gets the slice with the figurine inside bakes the King Cake the following year or hosts the Mardi Gras party.

–Will you be celebrating Mardi Gras? Do you have any traditions that you follow? Let us know in the comment field