Not For the Faint of Heart or the Weak of Stomachs 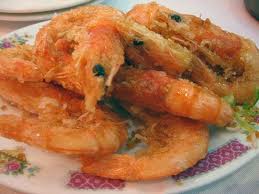 I consider myself an adventurous eater. I suppose it started when I was very young and I would look forward to the rare times when GOB (grandma of blogger) would make menudo, a Mexican soup traditionally served on special occasions. My family never lied about the ingredients; I knew from the start that menudo had tripe in it… and I knew exactly what tripe was (it’s beef stomach lining). GOB would prepare for hours and the smells that wafted through the house made my stomach growl. Finally, the menudo was served and I would garnish my bowl just like the adults, with lots of cilantro, onion and lime juice. The flavors of menudo are incredibly unique, savory and delicious. The hominy, the tripe, the broth, it all just works. And so, years later, when it comes to food, not much scares me. I’ve found that some of the best meals I’ve eaten have consisted of things like bone marrow, cheeks, liver and tongue.

Recently, HOB (husband of blogger), SSOB (stepson of blogger) and I found ourselves out on a Friday night searching for a good place to eat dinner. We ended up at the Rose Tea Café, a Cantonese/Taiwanese restaurant with a huge menu and huge line going out the door. Knowing how good the food was, we waited patiently for our name to be called. Once at a table we scanned the many menu options. Out of the corner of my eye, I saw HOB’s eyes light up. “How about this?” he said, pointing to House Style Pork Intestines. “Why not?” I responded. To round things out, we also ordered pork rolls as an appetizer, salt and pepper shrimp and chicken lo mein (because the idea of trying to get SSOB to eat intestines is seriously laughable). After a short wait, our appetizer arrived. Ground pork was combined with ginger, garlic and other yummy spices before being wrapped in pot sticker dough and fried. It was served in a shallow pool of spicy dipping sauce. Delicious. Our server then arrived with a heaping pile of salt and pepper shrimp: whole shrimp (head, tail and all) were deep fried and seasoned simply with salt, pepper and green onion. As she set down our pork intestines, she gave us a funny look and asked with a doubtful tone in her voice, “Did you order pork intestines?” “Yup, that’s us,” I responded. Apparently it’s not a top-selling menu item. HOB and I chuckled. The dish arrived over a tiny flame to keep the contents hot. Inside the dish was a spicy chili-based broth filled to the brim with soft tofu, lots of veggies and small chunks of intestines. I spooned a generous amount over some rice and dove right in. By sight, the intestines do look unattractive, misshapen and chewy. But the flavor took me completely by surprise. The only way I can describe it is as tasting a bit like pork chops. Each morsel had a lovely, porky flavor and was incredibly tender. The vegetables added crunch and the broth set my mouth ablaze; just enough to make me wish I had a cool bottle of Riesling or maybe sparkling Moscato to cool me down. The shrimp were exactly what one desires in fried shrimp: crunchy, salty, tender and mighty addictive. I don’t know if one is supposed to eat the shell of these critters, but I sure did. And the shrimp heads? They tasted even better than the bodies. As we began to see the bottoms of our dishes, my hands were greasy, my mouth was beginning to cool down and I was satisfied. As we walked back to our car, I wondered if anything on the Rose Tea menu could top the intestines when it came to originality. I don’t think so but I could be wrong; there might have been a brain thrown in there somewhere.