Sangria has grown to become a popular, refreshing party beverage around the world. From its humble roots in Spain, Sangria has only been recently accepted in the United States compared to many other wines and spirits which have been around for centuries. Sangria, which means “bloody” due to its deep red color, was first tasted at the 1964 World Fair in New York. The Spanish World area served this fruity wine punch to its guests, and some sweet history was made. 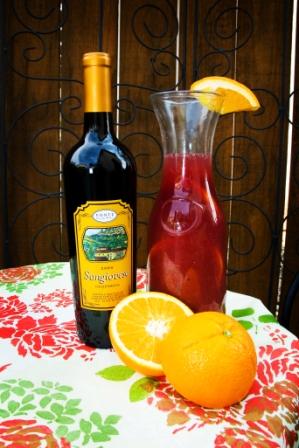 Sangria, once called Claret Cup in Britain, originated as a popular wine punch across Europe for hundreds of years using Bordeaux wines from France and blending brandy and fruit for more flavors. In the 1700s and 1800s this wine punch could be found at parties of all types and sizes, similar to the parties written about in the Jane Austen novel Pride & Prejudice. This was the drink of choice for all of her heroines.

Going back even further in time, Hippocras is a well-documented drink concoction enjoyed in the middle ages. It’s invention of wine mixed with spices–mostly cinnamon–has tradionally been attributed to the Greek physician Hippocrates, although the recipe is also said to have been brought to Europe from the Orient following the crusades and used for various medicinal and even aphrodisiac purposes.

So, why the emphasis on blending lavish spices and exotic fruits with wines? Until modern times, water was often unsafe to drink. People would bathe in their water reserves, wash their horses in it, and so on. Milk was considered a “baby food,” which meant that, even for toddlers, the only safe liquid to drink had at least some alcohol in it, killing any bacteria.

Well, lucky for us, we now have the modern luxury of clean water for the ice cubes that float atop this sweet and delicious wine and fruit brew. Ponte’s famous Original Red Sangria is made from our 2007 Sangiovese and pairs nicely with every type of food from an outdoor barbecue to a Sunday Brunch. Of course, it is best served on warm days spent with family and friends. 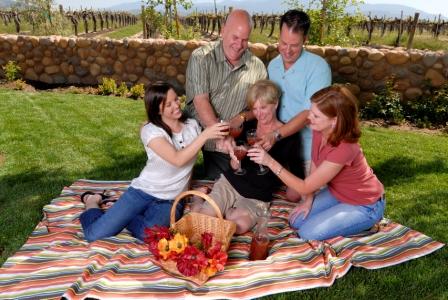 Pour wine and orange juice in the pitcher. Squeeze the juice wedges from half the lemon and oranges into the wine. Toss in the remainder of the fruit wedges and add the sugar. Stir. Chill overnight to allow flavors to blend. To serve, pour Sangria over ice in wine glasses.

**To keep your Sangria from being watered down, take slices of oranges, lemons and limes and dip them in water. Put the slices in a plastic bag or container and place in the freezer overnight. When serving the Sangria, place frozen citrus slices at the bottom of the glass in place of ice.