No, it’s not a parking lot

Those of you who’ve visited the winery in the last 30 days have surely noticed that we have cleared the vineyard next to the winery between us and Wiens. Someone asked me: Is it going to be a parking lot? Surprised, I answered: “Well, no, it’s our newest vineyard! It’s time to continue the process of agricultural renovations we started 5 years ago.” 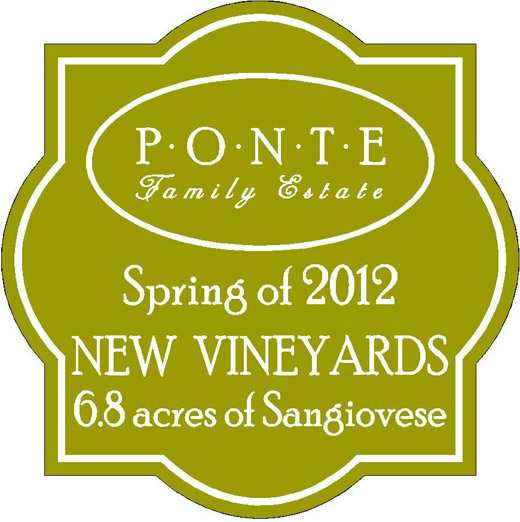 This 6.8 acre parcel has produced Chardonnay for almost 30 years, and had reached the end of its economic life. While quality was still acceptable the yields had fallen below the cost of production.

Normally, when an old vineyard is replaced, the old vines are removed, and the stakes and irrigation are taken out, sometime after harvest. Next the land is tilled and planted with some annual crop, or left fallow for a year (with weeds) to give it some rest. In our case, given the visual importance of this vineyard, we have elected to plant it in 2012. The variety will be Sangiovese using a rootstock that is resistant to disease. As many of you know, the wine variety (which grows on the trunk and arms of the vine) can be different than the root of the vine. So the root can provide disease protection and sturdy support, while the arms carry fruit of the particular type we want to make great wine, see?

Now, Sangiovese is the noble variety of central Italy, and is the source of all great Tuscan wines. The clone chosen comes from the village of Montalcino and is called “Brunello”. If you are curious, a clone is defined as:

“A genetically uniform group of individuals derived originally from a single individual by asexual propagation (cuttings, grafting, etc.). All grape varieties are propagated by asexual means to preserve the unique characteristics of the variety. But slight genetic variations commonly occur among the many billions of cells that make up a grapevine. If a new vine is propagated from a cane that grew out of such variant tissue, it may exhibit somewhat different characteristics than the original vine. If the difference is desirable, for example, the new vine ripens its fruit a week earlier, the vine could be further propagated to perpetuate the new characteristics.” (Hartmann, 1990)

In other words, the Brunello clone has very important characteristics that are better than other Sangioveses for the making of our Super T and Sangiovese. Its color, aroma, and flavor profile are just what we want for our wine. 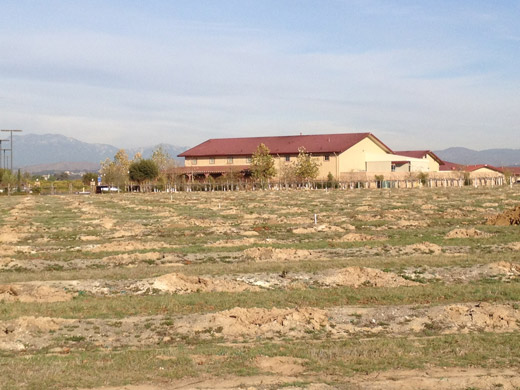 The trellis system (stakes, wire and irrigation) will be installed this Spring and later the vines they will be planted, sometime in late Summer. Next year (2013) the vines will sprout with huge energy in the Spring and will come out of the pink tubes that protect them against nibbling by rodents and rabbits. In the winter of 2014 they will be pruned back into the cordon (2 arms) system you see all around the winery. No fruit will be harvested until 2014, and by 2015 we will have a commercial harvest. Patience is required…

But you don’t need to wait – Our 2009 Super T is already available and we’ll be releasing our 2009 Sangiovese this summer.