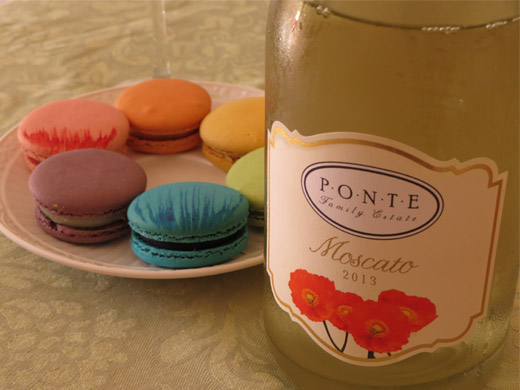 Did you know that over 50 U.S. cities conduct annual celebrations on Bastille Day? I had no idea! Milwaukee has a 4-day street festival, Minneapolis holds a celebration filled with wine, French food and pastries, a flea market and circus performers; over in Orlando they break out champagne and artists, up in Philly people reenact the storming of the Bastille, and St. Louis’ celebrations include a reenactment of the beheading of Marie Antoinette and Louis XVI.

Bastille Day is also known as French National Day and is celebrated on July 14th every year.  It commemorates the beginning of the French Revolution with the storming of the Bastille in 1789.  I did not grow up celebrating Bastille Day but as an adult, I’ll take any excuse to celebrate with a little wine and food. And this year, I know just what I want: Macarons and Moscato. 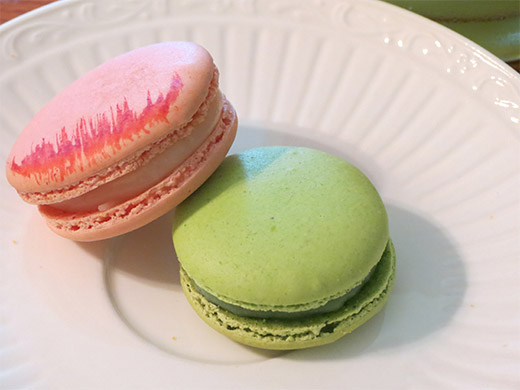 I remember the first time I ate a macaron…Lauren, Ponte’s former Tasting Room Manager, had taken a trip to Paris and when she returned to the office she brought with her a mint green and gold box labeled “Laduree.”  She passed the box around the office and we all helped ourselves to a tiny confection that looked like a pastel-colored sandwich cookie.  I chose a green one.  The cookie was thin, crisp and delicate and the filling was a sweet, creamy ganache that tasted like the most perfect pistachio.  It was dreamy.  Sometime after that, my parents vacationed in Paris and, before they left, I told my mother to please (please please!) bring me back a box of macarons from Laduree.  She did and told me how smitten she was when she tasted her first macaron there at the shop.  And can we talk about the flavors?  Rose petal, lavender, orange blossom, chestnut!  A-ma-zing.  Before this, I’d never heard of a macaron (not to be mistaken with coconut macaroons) let alone tasted anything like it. 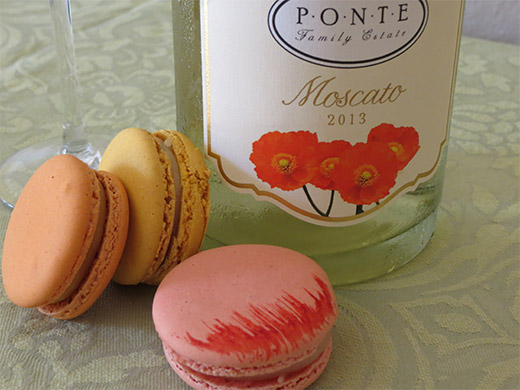 Mom and I went on a mission to find these little gems closer to home.  The closest we got was a confectioner in West Hollywood called Boule, who eventually closed.  Just like that, we were macaron-less again.  Well, time went on, clearly the trend caught on and now, the macaron is the sweet-of-the-moment.  Laduree has opened three boutiques in the United States, other macaron businesses have sprouted up and recently, I saw a display of them in TJ Maxx.  The Restaurant at Ponte even offered a selection of macarons on their dessert menu a couple seasons ago.

The macaron is predominantly a French confection, although there has been debate about its exact origins.  Some even say that it was the Italian, Catherine de Medici who introduced the sweet to France when she married Henry II of France and brought along her Italian pastry chefs to live with her.  The name itself is derived from the Italian word macarone.

Because of the Catherine de Medici theory, I feel it is ever-so-appropriate to pair my Bastille Day macarons with a glass of the very Italian and very lovely sparkling Moscato.  It is sweet, bubbly and tastes of apricot and nectarine.  It is absolutely perfect with light desserts such as these cookies.

–Do you celebrate Bastille Day?  How?