I can give up the carbs and the gluten… but the wine??

In this day and age, there is always a “hot new way of eating” out there; one that promises you health, energy and weight loss.  I’ve never been one to follow diet fads; if someone tells me I can’t eat dairy, guess what?  All I want is cheese and yogurt.  Same thing with carbs: try to take away my morning toast and I’ll cover you with my favorite apricot jam while you sleep.  And don’t get me started on anything that takes away my wine.  For about three years I worked for a national nutrition and supplement company and in that time, I learned all about diets, weight loss fads, cleanses and “magic fat reducing” pills.  I knew all the diets out there – from the South Beach Diet to the Hollywood Cookie Diet.  When I left, I became clueless to the trends again.  And, so, when I suddenly started hearing about Paleo-this and gluten-free everything, I became intrigued.  I wondered, what were these things?  And, most importantly, where does wine fit into them?   I did some research and here is what I found…

The Paleo Diet – Short for the “Paleolithic diet.” This way of eating is based on the premise that if our Paleolithic ancestors didn’t eat it, we shouldn’t eat it.  Some people call it the “Cave Man Diet”; it’s incredibly big right now, apparently.  For a real laugh, search for paleo recipes on Pinterest and watch as things like general tsao’s chicken and chocolate-covered frozen bananas pop up…you know, real staples in the diet of our prehistoric ancestors.  A friend of mine explained the diet to me this way – if a caveman walked into a grocery store, he would take only the things he recognized, or meats, fruits and vegetables.  Very little grains, no dairy, no salt on our food.  The philosophy behind the Paleo diet suggests that man is a natural hunter-gatherer and how the dawn of agriculture and industrialization let to the availability of foods for which we are not naturally adapted.  As for wine, sorry folks, our ancestors could not produce it (or coffee for that matter!).  Water is about all that’s permitted.  But, hey, if Pinterest says you can make a Paleo Swedish meatball with mushroom gravy dinner and snickerdoodle cupcakes for dessert, go ahead and uncork that bottle of Ponte Syrah! 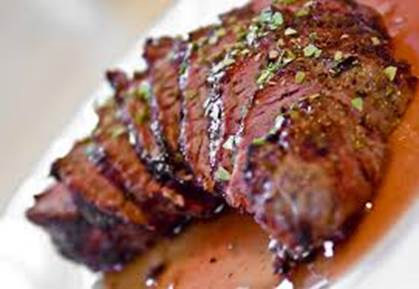 If a caveman walked into a grocery store…

Veganism – So veganism goes back much, much further than the Paleo diet, and in fact extends into lifestyle, not only diet.  It is the practice of abstaining from the use of animal products completely.  For this blog, I’ll just focus on dietary veganism.  Those who follow a vegan diet refrain from meat, fish, eggs, dairy, even honey sometimes.  Tofu is big in the vegan community, as are soy products, legumes, nuts, rice and almond milks, fruits and vegetables, seeds, rice and seaweed.  Those things called Tofurkey’s you see at Thanksgiving?  A vegan’s holiday dream!  There are even egg-less mayonnaise substitutes or “veganaise”.  And then there’s my personal favorite: soyrizo.  It’s chorizo sausage made for vegans.  Forgive me, but the Hispanic in me finds this hilarious and confusing; I can’t imagine what goes into soyrizo that makes it taste like chorizo because I know the real stuff is made of some pretty scary ingredients.   As for alcohol and wine, the jury’s out.  Some do, some don’t. 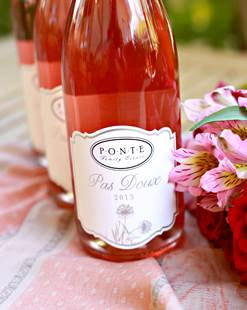 Gluten-Free Diet – First and foremost, just because something is gluten-free doesn’t mean it’s good for you.  Case in point: Gluuteny, a small, gourmet bakery in Pittsburgh that specializes in gluten-free baked goods.  Their products are delicious, sweet, rich, completely free of gluten and dairy…and completely full of sugar and tons of other yummy stuff.  Two of my former co-workers who were allergic to gluten had a serious love/hate relationship with this place for obvious reasons.  I believe the gluten-free diet exploded when certain celebrities spoke out about adopting the lifestyle because of their celiac disease diagnoses’, which is a very real and very painful intolerance to gluten.  Gluten is a protein commonly found in wheat and other grains like rye and barley.  That means no bread, pasta, crackers, flour, beer, cereals, etc.  It can also be found in many other food products like blue cheese and soy sauce.  New books were written about going gluten-free for health reasons and suddenly, even people without the disease were implementing the diet for themselves.  As for wine, there is good news!  While beer may be a no-no, wine gets the green light for gluten-free eaters.  I suggest Ponte 2013 Pas Doux for your roasted vegetable and avocado quinoa.

I’ll admit, after researching these diets and lifestyles, I found each was inspiring in some way.  I think there is beauty in adopting more of a Paleo hunter-gatherer lifestyle; it would force me out of my post-work potato chip habit.  Veganism would be very difficult for me, but when I see my vegan friends creating wonderful-looking dishes with tofu, coconut milk and garden vegetables over a bed of rice, I salivate.  And the gluten-free thing, well, I realized just how much bread I eat and I could probably stand to cut back a little.  A little.   I mean, really, what’s wine without some cheese and bread to go with it?

As for following your diet at Ponte, we’re happy to say that there’s something for everyone at The Restaurant at Ponte, Bouquet and The Cellar Lounge  You can view the menus here. 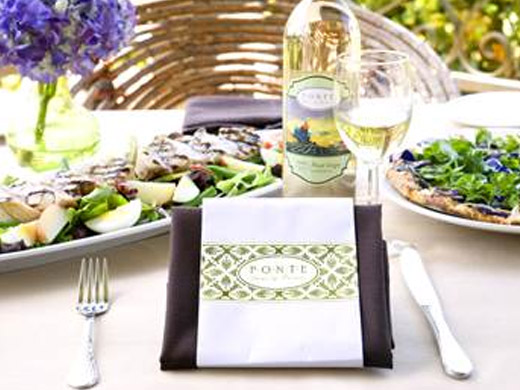 There is something for everyone at The Restaurant at Ponte, Bouquet and The Cellar Lounge.