Cooking Without A Stove

Last weekend was unusually stifling, with the thermometers pushing 100 degrees and the humidity thick enough to choke a person. I was determined to spend the day outside of the A/C-less apartment. And so, HOB, SSOB (husband and stepson of blogger) and I spent a long afternoon at Costco, basking in the cool warehouse, browsing books, cds, buying mass quantities of food and enjoying cheap but yummy hot dogs. When there were no more aisles to wander, we went home. After 10 minutes of being inside, the three of us were miserable and sweaty and so we threw on our swimsuits and ventured to a nearby public pool. Up on top of a hill overlooking the city, the breezes were a dream come true and we swam until we pruned. At around 5 we were hungry and, although, the thought of the hot apartment was dreary, we had to make our way back.

On our way home I explained to HOB that we simply couldn’t make the apartment any hotter by turning on the stove and dinner would have to be made entirely outside. He concurred. We’d never done an entire dinner on the grill, and so I scoured the cookbooks and internet for ideas. Soon, our menu came to light: barbeque chicken, grilled stuffed tomatoes and grilled potato pouches. I put HOB in charge of the grill and chicken and got to work on the rest. Stuffed tomatoes were farmer’s market tomatoes that had been cored and scraped of seeds. Inside went a mixture of cooked orzo pasta, goat cheese, basil and green onion. The tops were drizzled with olive oil and then sprinkled with parmesan. The potato pouches are a recipe I learned while visiting IOB (in-laws of blogger) last summer. Thinly sliced raw potatoes are placed in a square of aluminum foil. Sliced onions, garlic, rosemary, olive oil and lots of salt and pepper are also placed inside before the foil is sealed up into a pouch. And that was it. My dinner prep was done. The potato pouches go on the grill along with the chicken and the tomatoes only need about 10 minutes. Once the chicken was done and sticky with barbeque sauce, it was time to eat. The chicken was perfect; juicy, sweet with sauce and stained pink with smoke flavor. The potatoes were soft and saturated with the flavors of onions and rosemary, and the tomatoes were smoky and delicious with warm goat cheese oozing down the sides. Sitting outside on the porch in the 90+ heat, we enjoyed one of the best meals we’d eaten all summer. Even the notoriously picky SSOB ate his dinner with gusto (sans the tomato)! Normally on a day like this, I would never reach for a bottle of red wine, but I happen to like my Beverino chilled, so I cracked open a cool bottle of it. It was divine with the flavors of the grill. 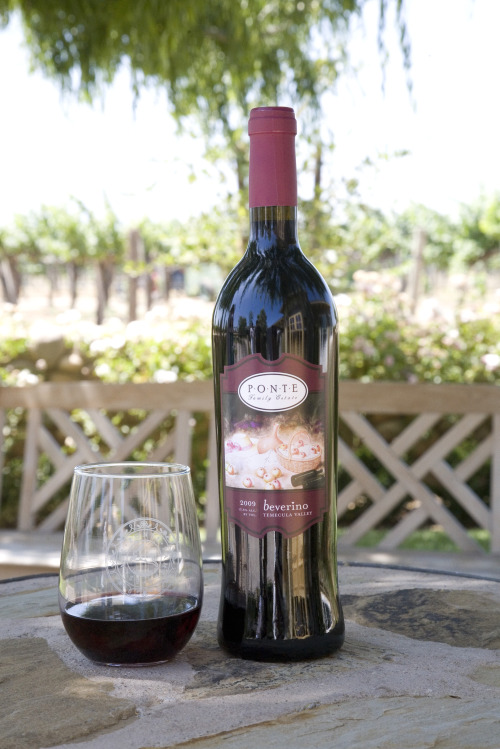 Later, I made strawberry shortcakes which we gobbled up on the porch as the sun went down. We were sweaty from the heat and still sticky with chlorine. But we were home and we were full and we were together. It was miserably, terribly hot day. But I couldn’t have enjoyed it more.