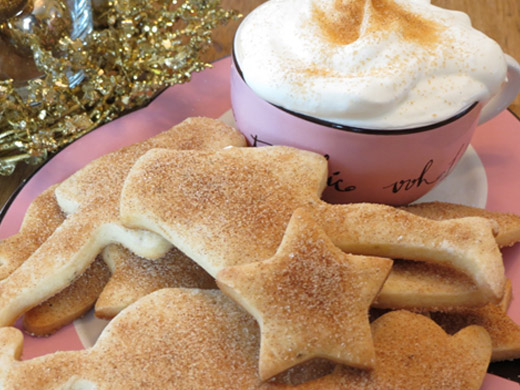 There is nothing like the feeling of getting a gift out of the blue.  There are times when you kind of know something might be coming for you…like when a relative randomly asks for your address…but last Christmas I was completely surprised at a package that arrived on my doorstep on Christmas Eve.  My parents’ package of gifts had already arrived so I had no clue who would’ve sent something to us.  Upon opening the box I discovered it came from my cousin in California and inside was a present for my son, a set of cookie cutters and a huge bundle of homemade cookies.  I could see the care she had put into securing the cookies to ensure that they would not break, but alas, most of them were in crumbs.  However, there were a handful of unbroken ones and they were in the shapes of various objects and scenes from the best Christmas movie ever: A Christmas Story.  The set of cookie cutters in the box were the same that were used to make the cookies.  I was shocked and so happy!

I admit, I don’t remember what the gift was to my son and there is a good reason for that…I was so smitten by the cookies that I think my whole memory of that package has been overtaken by them.  As I read her greeting card I ate a cookie, a shortbread-type of cookie sprinkled with cinnamon sugar with a very faint licorice flavor.  She noted the type of cookie in the card: biscochitos.  I went back to the kitchen and ate another, then another.  I showed my husband what we’d received and told him he “must try one of these cookies!” Then I ate another.  Long story short (told with some amount of shame): by the afternoon of Christmas Day, i.e. 24 hours later, I’d eaten all of the cookies.   I couldn’t stop myself, they were so good!  And they were small so it was easy to pick up one or two here and there throughout the day…and night.  Oh yes, and I mean that I ate all the broken pieces and crumbs, too.

A few months later I was still thinking about those wonderful cookies so I emailed my cousin for her recipe.  After she’d given me the website that she found the recipe on, I did a little research on biscochitos.  They are butter or lard-based cookies flavored with anise and cinnamon and were developed by residents of New Mexico.  The recipe has been influenced by not only local and indigenous customs, but also by recipes brought to New Mexico by immigrants from various Hispanic countries.  They are usually served during special celebrations such as weddings, baptisms, and almost always during the Christmas season.  In 1989, New Mexico actually adopted the biscochito as its official state cookie. 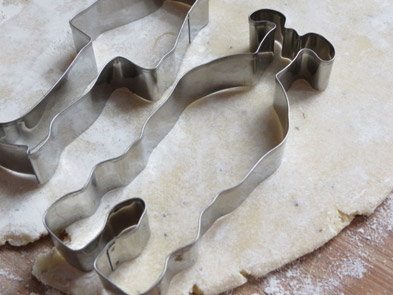 Ralphie in his bunny pajamas and the infamous leg lamp ready to be made into cookies. 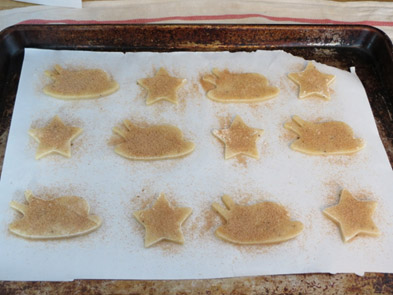 The turkey they never ate and the ever-crooked star 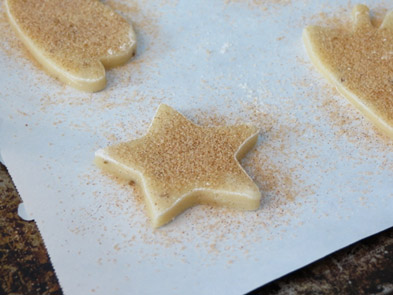 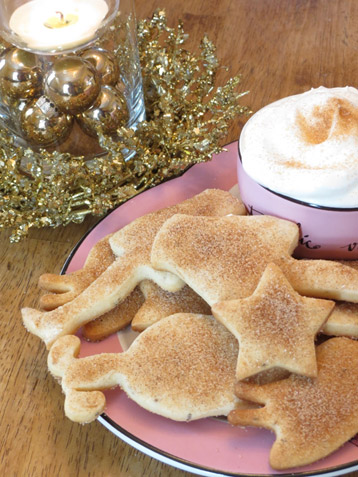 As this Christmas season rolled around I knew I was going to make a batch so I pulled up the website from my cousin, dug out the cookie cutters and got to work.  Imagine my surprise when I saw that wine was part of the recipe!  I knew there was something special in those cookies.  The recipe calls for lard, my cousin used lard, so I used lard as well.  Don’t be afraid of lard, dear people.  It’s as natural as butter and I believe it’s just gotten a bad reputation.  As far as the wine goes, the recipe calls for sweet white wine.  My cousin used Chardonnay and I used what I had in my fridge which was Pinot Blanc.  Lesson learned: I think you can use just about any white wine you’ve got, from Chardonnay to Isabel.  My cousin also mentioned she’d used brandy in the past.

It’s worth noting that the recipe lists the wine in its ingredient list, but the author doesn’t mention it in the instructions; just mix it with the eggs and anise and consider it one of the wet ingredients she talks about.  Also, despite the 6 cups of flour, this dough is sticky.  I mean really, really sticky and you mix it with your hands.  If you’re expecting any important phone calls, mix the dough after you’re done.  I put an additional 2 Tbsp flour in the dough just so I could form the 3 balls of dough the author instructs.  You’ll want to start the dough the night before you bake because it needs time to chill and harden a bit so that you can easily roll it out into shapes before baking.  And, from someone who is not a fan of licorice flavored anything, let me say that the anise seed is very subtle.  It just adds a little whisper of sweetness.  Finally, instead of dipping the cookie dough into the cinnamon sugar mixture, I found it much easier to simply sprinkle each cookie generously with the mixture, both before they went into the oven and right after they came out.

This recipe makes a ton of cookies – 9 to 10 dozen! – so you’ll definitely have enough to give, enough to keep and enough to freeze.  I like eating these with a mug of Mexican hot chocolate (such as Ibarra brand) topped with whipped cream, but you could also serve with sweet white wine like Moscato or Isabel, coffee or eggnog.  All in all, this cookie is a wonderful little Christmas tradition, whether you’re in New Mexico, Pennsylvania like me, or California.  Enjoy!

(Shout out to cousin, Sara.)

For the Biscochito recipe my cousin and I use, click here.

Need a sweet white wine?  Check these out.