Chicken and Chardonnay: Anything but Boring

Every once in a great while, I eat something so good that I simply must rush home to attempt to recreate it. The latest occurrence happened at our local burger joint. I ordered a chicken burger – very out of character for me. I’m of the mindset that believes, “If you’re going to a burger restaurant, get a real beef burger.” But on that night, this chicken burger was speaking to me. The menu described it as a ground chicken burger topped with creamy brie cheese, crispy leeks, wild mushrooms and black truffle mayo on a pretzel bun. I wasn’t expecting to love it as much as I did. Every bite oozed with thick brie and black truffle essence. Juicy, with gobs of caramelized mushrooms on a chewy bun. It was too loud in the restaurant for me to hear, but I’m pretty sure I was singing a chorus of, “Mmm, ahhh, mmm, this is so good,” all throughout my meal. Other than that, I did not speak until I was done and I sure didn’t offer my husband a bite. As we walked out of the restaurant I was already wondering what day of the upcoming week we’d return. 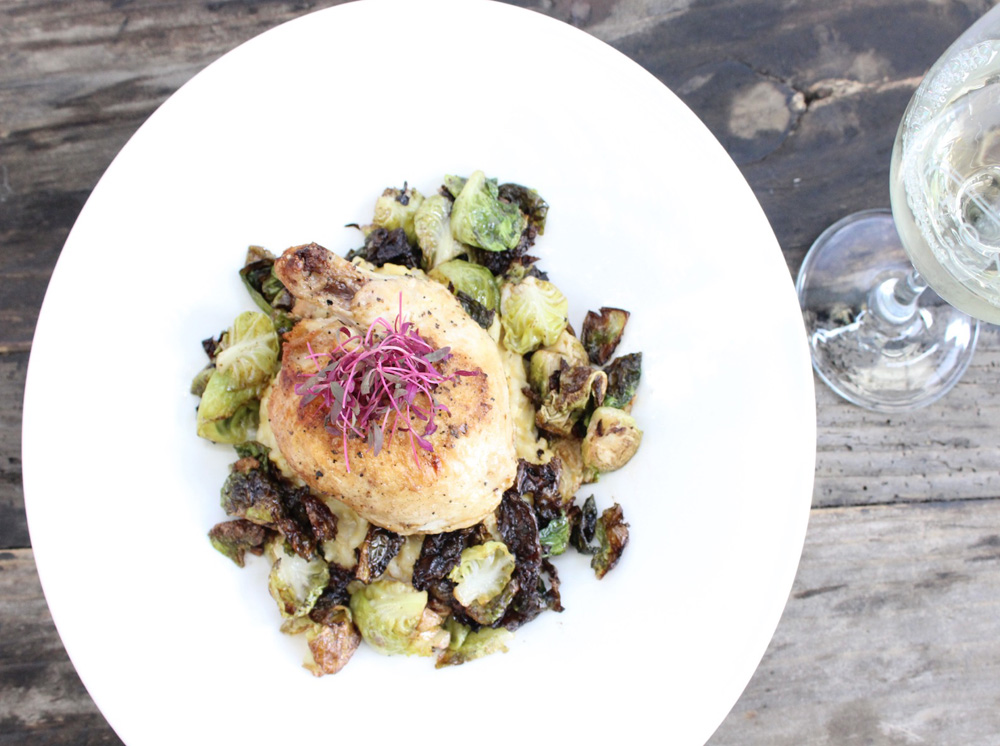 Crave-worthy chicken at The Restaurant at Ponte

Well, we haven’t returned, but I did attempt to recreate this phenomenal burger one night at home. I was surprised to find that none of my local markets carried ground chicken except for the pricey, gourmet market. As obsessed as I was with this burger, I happily obliged to the price per pound. The brie was easy to find, as were the mixed mushrooms. Again, I had to buy the pretzel buns at the gourmet market as well as a small jar of preserved truffles. Truffle mayo was impossible to find, so I figured I’d make my own. I spent a small fortune on the preserved stuff, which I chopped into teeny tiny pieces and mixed with mayonnaise. I could have probably eaten the mayo straight from there, but hey, that’s the intoxicating effect of truffles for you. The leeks were easy to find, however, they weren’t so easy to fry. The first batch came out awful – soggy and totally inedible. I’m not sure if my oil temperature was too low or what, so I ended up just caramelizing the rest, which was ok. Because of this, the final burger lacked crunch. I should have known this, but the ground chicken (seasoned only with salt and pepper) cooked up very dry. I don’t know how I’d remedy this next time other than mixing some fat into the ground chicken or maybe some vegetables (but I fear the flavor of the burger would be altered). I’ll have to research this one a bit more. I, too, put gobs of brie cheese on the burger, which was good, but still didn’t make up for the dryness of the chicken burger. 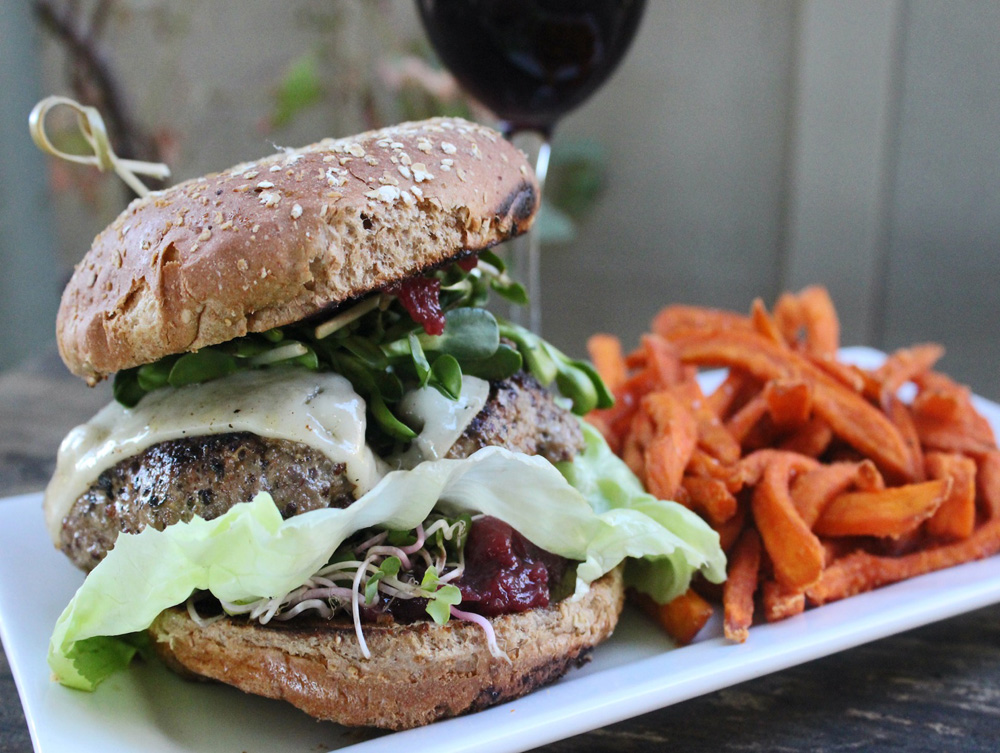 Ponte’s take on the no-beef burger… Try this amazing Turkey Burger with red or white wine!

The verdict? Not a complete success, but not bad. The flavors were there, for sure – in fact, there was more truffle flavor in my version than the restaurant’s version. But the texture needs some help. I can say, my choice of beverage helped my situation tremendously: Ponte 2015 Chardonnay. The wine has a great, full body, making it stand up to those meaty mushrooms and thick brie. Any bite of dry, ground chicken was forgiven after a quick sip of cool Chardonnay and its creamy, tropical flavors. 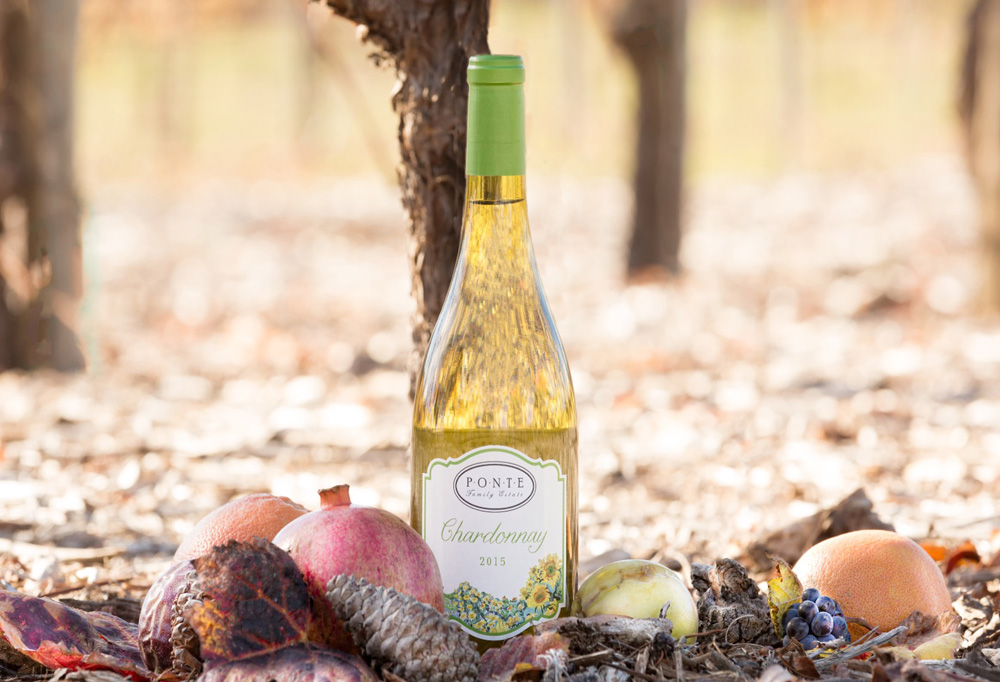 I might try again… then again, this restaurant does offer take out. If I can have that burger (made by the experts) and have my perfect wine to go with it, I’ll be in culinary heaven.