Breaking All the Rules

Rules, schmules!  Rules are meant to be broken, yes?  Eh, ok, most aren’t.  I like the rule that keeps people from wandering in and out of any old house they want to.  I like the one, too, that says people can’t walk around in public naked.  Let’s keep those rules. 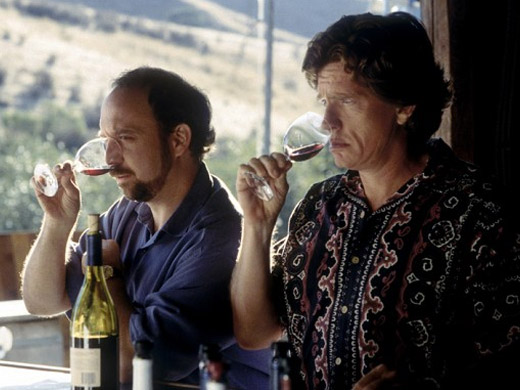 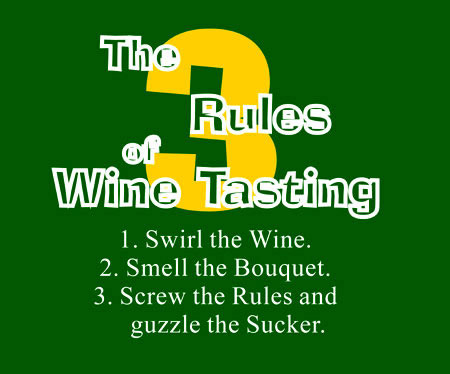 Can I get a witness?  Photo credit

Wine rules, however…totally meant to be broken!  Some wine “rules” that have been broken and made the world a better place: 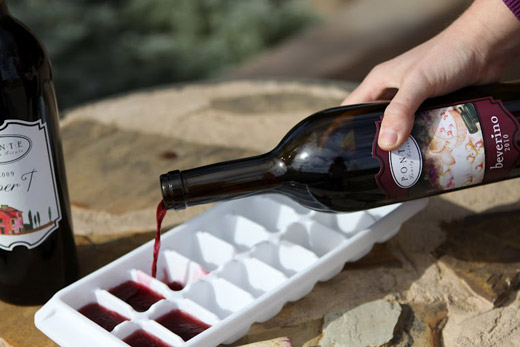 Chill out, baby.  And chill me while you’re at it. 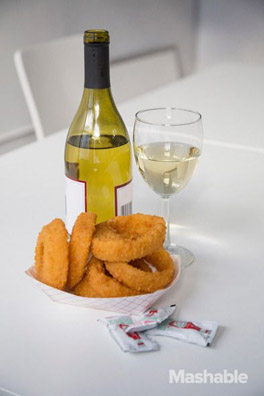 Go for it. Photo credit 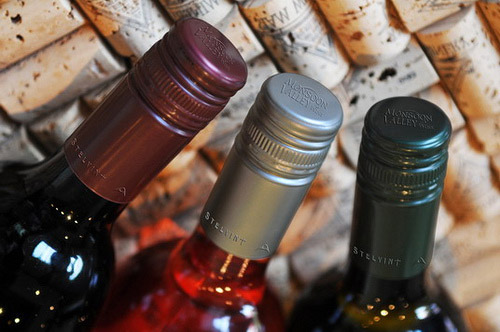 Not so screwy anymore.  Photo credit

I was always the one who was really afraid to break the rules growing up so it’s funny that, as I’m getting older, I break wine rules all the time.  Even rules that I thought I agreed with.  This summer, I broke my trifecta; the three rules I thought I’d die without breaking.  I believe any bit of wine snobiness that was left in me is gone.  Here goes – within a month, I…

There, I said it.  And you know what?  I’m happy about all of it.  Rule number 1 was broken like this: The setting was my parent’s house in California.  It was a hot day, like really hot and unusually humid and silly mom had forgotten to chill the bottle of Pinot Grigio that we were having with dinner.  We stuck it in the fridge for about 15 minutes which was not enough time to properly chill the room-temperature bottle.  I tried, I really did try to drink my glass with dinner, but it was just too warm.  And so, I thought, “Well, I’m gonna try this, I’m gonna put ice in it, just a cube or two.  It’s just my parents who will see it, right?  They still have to love me and not judge me ‘cause they’re my parents, right?”  So I did it.  Pinot was instantly chilled and I sipped away with gusto!  Quick enough, too, so that the ice cubes had barely melted once I finished the wine.  Yup, I’d absolutely do it again. 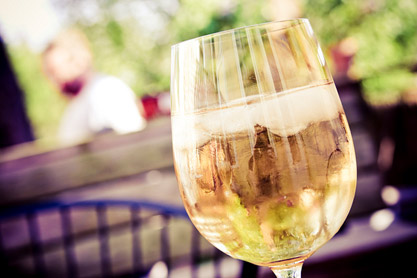 “Has the jury reached a verdict?  Yes, your honor: Guilty”

Here’s how it went with Rule number 2: Back in August I wrote a blog about boxed wine and its omnipresence despite its bad reputation.  What kind of writer would I be without acting on my research, so I of course went out and bought a box of wine.  In the store, I was impressed by the selection, the amount of wine one gets in a box (3-5 liters, or 4-6 bottles worth) and the relatively low price.  I got a 3-liter box of Shiraz.  It lasted me more than a month.  While it wasn’t the best wine I’ve ever had, it was far from being the worst.  As one who often cooks with wine, boxes of wine are a dream come true.  So glad I broke this rule. 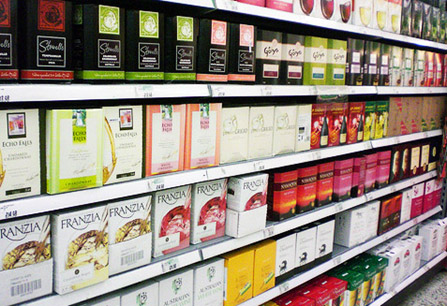 “Two roads diverged in a wood, and I – I took the one less traveled by, and that has made all the difference.” –From The Road Not Taken by Robert Frost.

I’m ashamed to say Rule number 3 was, indeed, one of my “rules.” I did what so many people do: I tasted a Chardonnay or two in my past that I did not enjoy and then joined the bandwagon of ABC drinkers – Anything But Chardonnay drinkers.  This white wine has garnered such a terrible reputation due to the influx of over-oaked, super buttery Chardonnays that have been on the market.  Truth is, the Chardonnay grape is one the most highly utilized white wine grape in the world, making both 100% Chardonnay wines and being used in blends. Today’s Chardonnays are not like those in the ‘80’s; many are aged very briefly in oak (thus eliminating the overpowering, buttery flavors and mouth feel), or not aged in oak at all.  Both methods bring out the amazing fruit character the grape exudes.  My change of heart came first at Ponte when I tried the 2013 Chardonnay.   It was everything a lovely white wine should be: cool, crisp, fruity with a whisper of vanilla warmth.  Braver then, I went out and bought a Chardonnay that had only been aged in stainless steel and I was cured.  Today, I’m a proud lover of Chardonnay.  Now, if I could just get myself to drink Merlot again… 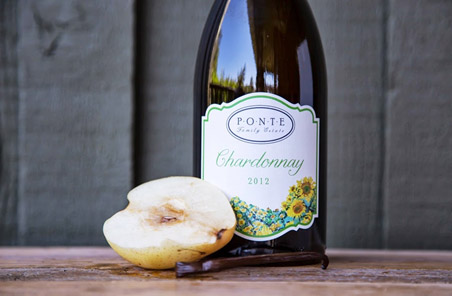 Anything but ordinary Chardonnay

I’ve learned more about myself and about wine “rules” in the last couple of months than I have in 12 years of being a wine drinker.  It doesn’t matter what other people say or think.  When it comes down to it, if you like it, it’s good wine, just like Ponte Winery has always told their guests.  If you like sweet wines, well, go for it.  If white wines are your thing, well then rock it, my friend.  And while you’re at it…stick some ice in it.

–What wine “rule” do you love to break?