Blame it on Don Draper and the Hipsters 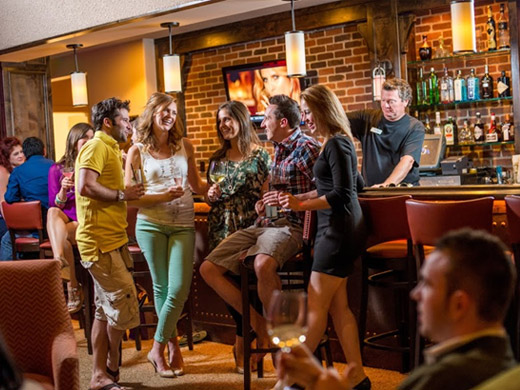 A great restaurant opened in downtown Pittsburgh last year called Butcher and the Rye.  The place exudes – practically drips with – hipness: bookshelves filled with books sit behind the banquet seats, carved, wooden animals adorn the walls (the rabbit heads hold your coats), meat hooks and cleavers dangle innocently in your peripheral vision, lighting is produced by antique pendant lights and chandeliers made of antlers, and the wall behind the bar is a glorious display of every type of rye whiskey you can imagine, along with other booze.  It’s way beyond a gastropub (so 2007); it’s a bonafide whiskey house. And, yet, the food is equally spotlighted.  Here’s the moment when I scratched by head: after ordering an appetizer…no wait…they’re not called “appetizers” anymore, they’re called “small plates”…called the Crispy Pig Wing, I asked my server what would pair well with it (meaning wine).  Without hesitation, he said he thought the Witch Doctor would be great.  Wait, what?  The Witch Doctor is jalapeno-infused bourbon muddled with mint, shaken with bitters and strega and topped with seltzer water.  Whoa.  There was, in fact, wine on the drink – pardon me – “libation” menu, but I took his suggestion and, you know what?  That was a darn good drink.  A superior choice for my Crispy Pig Wing. 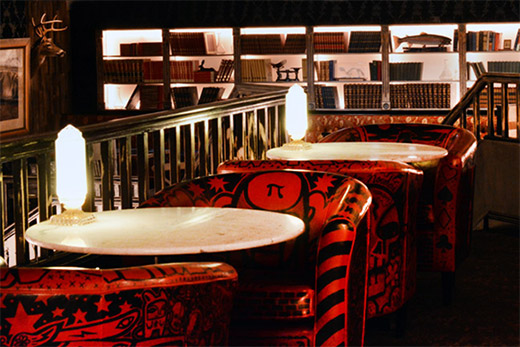 Butcher and the Rye, Pittsburgh, PA.  Eating and drinking at its hippest

I’d known for a while that vintage cocktails and microbrews were the “in thing.”  Right around the time Mad Men was taking American TV viewers captive (including myself), I suddenly began to see drinks like Old Fashioned’s and Side Cars at the top of cocktail menus, sweeping Cosmopolitain’s and Appletini’s under the rug.  And then a growing group of individuals described as “hipsters” brought Pabst Blue Ribbon (PBR) – a cheap brew originally out of Milwaukee that was nearly forgotten – back in a huge way.  All of a sudden, coolness was defined not by Cristal, but by obscure alcohol (more points if you sported a beard, tight pants, thick-rimmed glasses and rode a unicycle for transportation).

So, I can’t really say I was surprised when I read an article on winesandvines.com recently that argued how millennial drinkers are less impressed with wine and increasingly infatuated with cocktails and craft beer, especially when dining out.  Speaking at a seminar, Sandy Block, Master of Wine and vice president in charge of the beverage program at Legal Sea Foods explained, “Customers don’t just want to eat and drink; they want to be entertained, and cocktails and draft beer are more entertaining to them than wine.”  He noted the difference after 2008 saying that, “Restaurants were no longer temples of gastronomy.  They were for entertainment.  We weren’t just in the business of feeding people.  We were feeding their souls.”  That certainly explains the antler chandeliers and bookshelves, no?

Block also suggests that, “Restaurants and bars are public displays…patrons want to be perceived drinking something hip.”  There’s that word again: hip.  Is wine really all that “un-hip?”  Not according to the numbers; last month the International Vine and Wine organization, OIV, reported that , for the first time ever, the United States became the world’s biggest market for wine last year, beating out France  (more on this later in the month in another blog).  It’s the millennial market that Block was focusing on in his speech, and offered some advice for wineries trying to attract them: “You need to better communicate that wine is authentic.  It comes from the earth, is natural and has human connections…wineries need to tell their stories.  Don’t talk about technology.”

Relax, enjoy, sip.  Leave the tannin-talk to us.

Well, thank goodness we’re doing it right at Ponte.  From the beginning, our philosophy has been, “if you like it, it’s good wine.”  We like to talk about our history, not our production numbers; our commitment to sustainability, not sugar content; our love of wine and food, not how many medals we’ve won in competition.  A day of wine tasting at Ponte should feel like a relaxing day in the country, not a science class.  Why continue to drink Ponte wines?  Simple: they’re good.  And good wine sparks conversation, friendships, appetites, romance, happiness, etc.  And, as far as staying up to par with the Draper’s and Hipsters, hey, we’ve got something for them, too, in The Cellar Lounge.  A very – ahem – hip, prohibition-style bar serving up Manhattans, local beers and, yes, lots of wine as well.  Shirt and shoes are required…beards and unicycles are not. 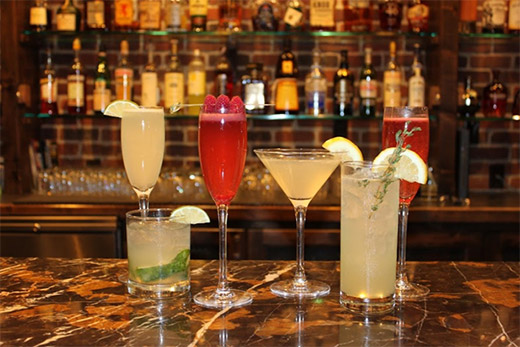 Pick your poison, choose your booze at The Cellar Lounge

We would love to know how you feel about the growing trend of cocktails and beers while dining out.  Do you find yourself opting for them instead of wine?  Tell us about it.