Back to the Basics: Wine Tasting at Ponte

As my California vacation was winding down last week, I realized that I’d been to Ponte Winery four times in the last five weeks and not once had I partaken in an actual wine tasting session.  That just wouldn’t do, so late last Friday afternoon I took my parents (with my toddler in tow) to the winery.  It had been years since I’d stood at the tasting counter, yet it was as familiar as ever: tasting lists laying neatly all down the wooden bar, carafes of fresh water and baskets of the classic Ponte pita chips.  All of the associate’s faces were unfamiliar, but my parents and I felt right at home as soon as we met our server, Amber.  Friendly, bubbly and down to earth, she welcomed us with a smile and got us started right away on our tastings. 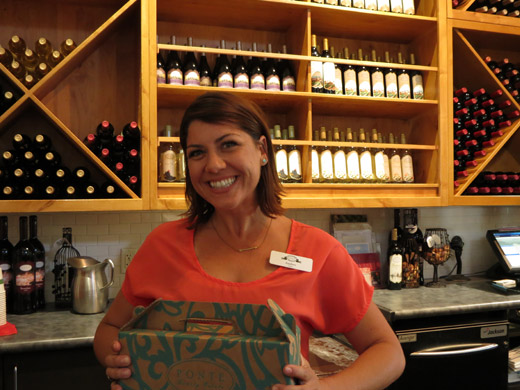 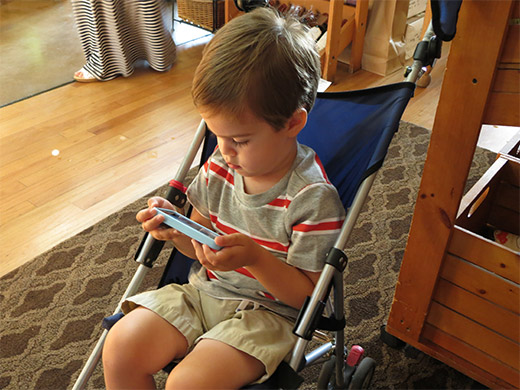 How to go wine tasting with a toddler.

As much as I gravitate towards my favorite wines – dry rose’s, big reds – I was determined to taste varietals that were new to me.  Starting at the top of the list, I chose 2013 Arneis as my first wine. I was blown away by this so-called “little rascal.”  It was bright, crisp, very fruit-forward and delicious.  Absolutely loved it.  Next, I tried the 2013 Vermentino, which was lighter in body than the Arneis, but nonetheless, very refreshing. I think I’d enjoy Vermentino with a lemony pasta dish or a big bowl of mussels, however, the Arneis I’d drink with food or without. 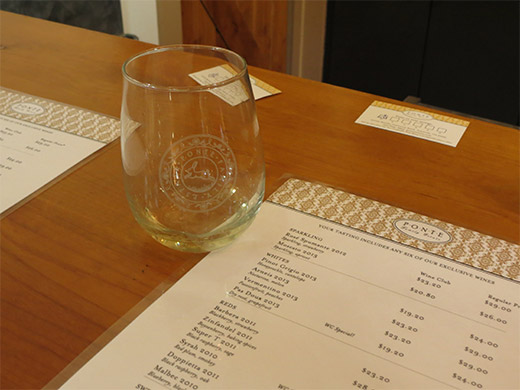 The first red I tasted was 2011 Doppietta, a wine I’d read and heard about but never actually tried.  Doppietta is a blended wine of Cabernet Sauvignon and Syrah, and was exactly what I love in a red wine: rich, flavorful, lots of red fruit character with a touch of oak, and easy to drink.  My favorite red of the afternoon, hands down.  I then moved on to Ponte’s 2010 Malbec. Did I like it?  Yes, immensely.  But I think this wine has its own time and place to enjoy it.  It was a very bold, intense wine with deep flavors beyond red berries.  I tasted soft notes of leather, maybe even a little smoke.  I’d decant this baby for an hour and drink it with a seriously good and perfectly cooked steak, and a wedge of Manchego cheese. I ended my tasting with the 2009 Zinfandel Port, which was not new to me, but I couldn’t leave without a small tasting of it.  This wine never disappoints.  It truly does taste of chocolate, raisins, and a bit of orange on the finish. 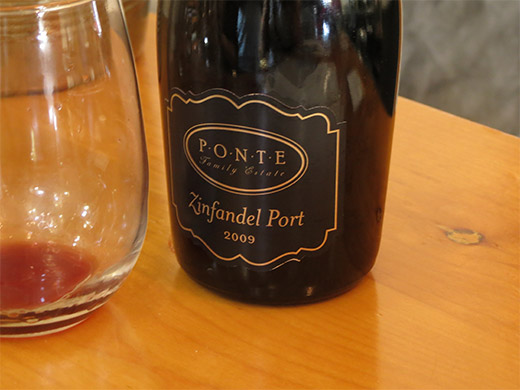 The perfect wine to end a tasting: Zinfandel Port

We finished up just as five o’clock rolled around and guests began to trickle out to the Restaurant for dinner, to their room at Ponte Vineyard Inn or to go home.  My parents were smitten with the Port, so they purchased two bottles, while I bought a bottle of their favorite wine of the afternoon for them, which happened to be the 2011 Sangiovese.  We enjoyed the bottle a few nights later… 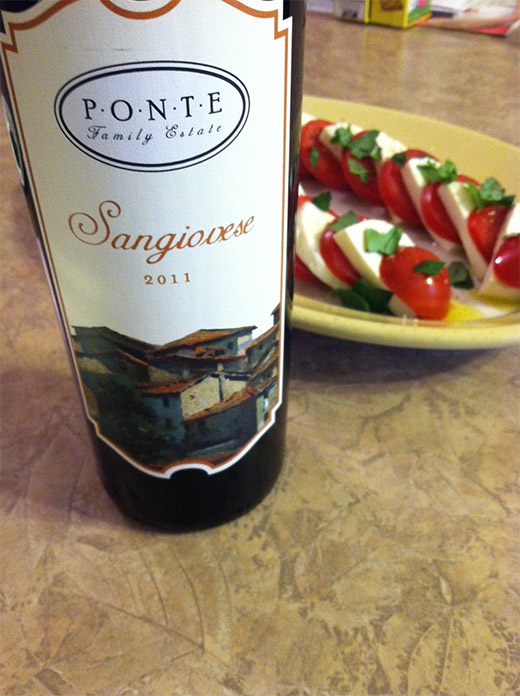 Sangiovese and Caprese, a classic pairing

While spending a day or a weekend at Ponte is always a good thing, I found such joy in spending just an hour there with my family, enjoying the winery with its original and most basic activity: tasting wine. I encourage anyone to end their workweek and start their weekend doing the same thing.