A History of Happy Hour 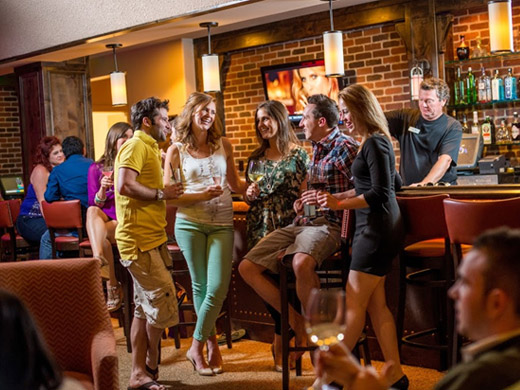 Who doesn’t love Happy Hour?  We’re talking discounts on alcohol, usually right before the traditional dinner hour.  Nothing tastes better than your favorite cocktail, unless of course it’s on sale!

The idea of Happy Hour goes back quite a bit and several theories abound.   Drinking cocktails before dinner has its roots in the American Prohibition era.  When the 18th Amendment and the Volstead Act were passed banning alcohol consumption, people would host “cocktail hours,” aka “Happy Hours” at speakeasy’s (illegal drinking establishments) before eating dinner at restaurants where they could no longer order alcohol.

Some believe the origin of the term “Happy Hour” has its roots in the U.S. Navy.  In early 1913 a group of homemakers called the “Happy Hour Social” organized semi-weekly smokers designed to boost moral on board the U.S.S. Arkansas.  The crew referred to the smokers as “Happy Hours.”  The Happy Hours included boxing and wrestling matches, music, dancing and movies.  By the end of World War I, Happy Hours had spread throughout the entire Navy.  Another reason to salute our men and women in uniform!

Alas, in 1984, the U.S. military abolished happy hours at military base clubs.  Massachusetts also banned them state-wide that same year.  In more recent years, Utah passed a ban on happy hours, while Pennsylvania extended their happy hour time period from 2 hours to 4, and in 2012 happy hours in Kansas became legal after a 26-year ban.

Today, Happy Hours are a weekly routine for many people and we’re thrilled the speakeasy-styled Cellar Lounge in the Ponte Vineyard Inn has become a destination of choice in Temecula.  Some recent news about us: 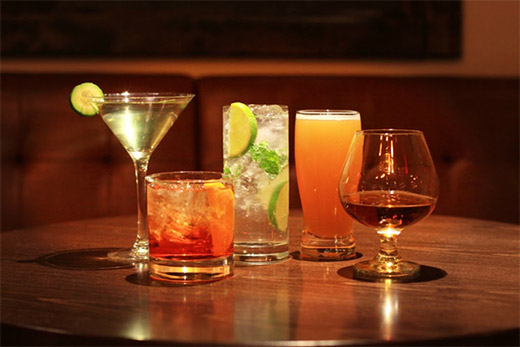 Happy Hour at The Cellar Lounge is Monday through Thursday from 4 pm to 7 pm, but join us anytime:

Please remember to drink responsibly and select a designated driver!